Bound By a Mighty Vow 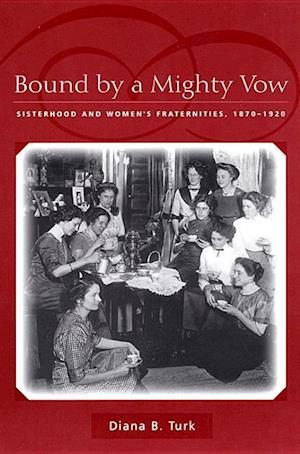 A look at the intricate history of collegiate women's support networks-otherwise known as sororitiesSororities are often thought of as exclusive clubs for socially inclined college students, but Bound by a Mighty Vow, a history of the women's Greek system, demonstrates that these organizations have always served more serious purposes. Diana Turk explores the founding and development of the earliest sororities (then called women's fraternities) and explains how these groups served as support networks to help the first female collegians succeed in the hostile world of nineteenth century higher education. Turk goes on to look at how and in what ways sororities changed over time. While the first generation focused primarily on schoolwork, later Greek sisters used their fraternity connections to ensure social status, gain access to jobs and job training, and secure financial and emotional support as they negotiated life in turn-of-the-century America. The costs they paid were conformity to certain tightly prescribed beliefs of how "ideal" fraternity women should act and what "ideal" fraternity women should do. Drawing on primary source documents written and preserved by the fraternity women themselves, as well as on oral history interviews conducted with fraternity officers and alumnae members, Bound by a Mighty Vow uncovers the intricate history of these early women's networks and makes a bold statement about the ties that have bound millions of American women to one another in the name of sisterhood.