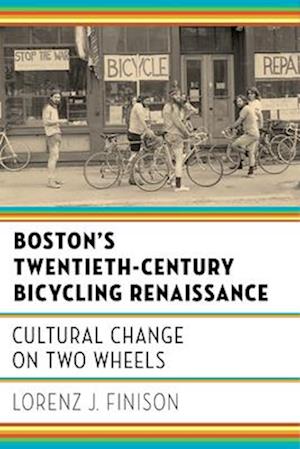 At the end of the nineteenth century, cycling's popularity surged in the Boston area, but by 1900, the trend faded. Within the next few decades, automobiles became commonplace and roads were refashioned to serve them. Lorenz J. Finison argues that bicycling witnessed a renaissance in the 1970s as concerns over physical and environmental health coalesced. Whether cyclists hit the roads on their way to work or to work out, went off-road in the mountains or to race via cyclocross and BMX, or took part in charity rides, biking was back in a major way.