Borders and Freedom of Movement in the Holy Roman Empire 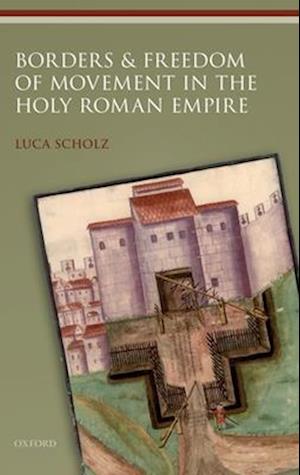 In the Holy Roman Empire 'no prince... can forbid men passage in the common road', wrote the English jurist John Selden. In practice, moving through one the most fractured landscapes in human history was rarely as straightforward as suggested by Selden's account of the German 'liberty of passage'.Across the Old Reich, mobile populations-from emperors to peasants-defied attempts to channel their mobility with actions ranging from mockery to bloodshed. In this study, Luca Scholz charts this contentious ordering of movement through the lens of safe conduct, an institution that was common throughout the early modern world but became a key framework for negotiating freedom of movement and its restriction in the Empire.Borders and Freedom of Movement in the Holy Roman Empire draws on sources discovered in twenty archives, from newly unearthed drawings to first-hand accounts by peasants, princes, and prisoners. Scholz's maps shift the focus from the border to the thoroughfare to show that controls of moving goods and people were rarely concentrated at borders before the mid-eighteenth century. Uncovering a forgotten chapter in the history of free movement, the author presents a new look at theunstable relationship of political authority and human mobility in the heartlands of old-regime Europe.

Forfattere
Bibliotekernes beskrivelse Borders and Mobility in the Holy Roman Empire explores the history of freedom of movement in the German lands, one of the most fractured landscapes in human history. Focusing on safe-conduct, a key institution for channelling human mobility, the study looks at historical relationships between sovereignty and freedom of movement in a new light. 18 images and maps