indgår i serie New Archaeologies of the Cambridge Region 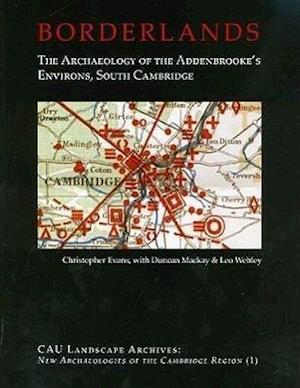 Taking its inspiration from Cyril Fox's groundbreaking 1923 study of its namesake, and with its first volume issued to mark the 85th anniversary of his book, this series is dedicated to the archaeology of Cambridge's hinterland. In recent years an enormous amount of fieldwork has occured within the City's environs, to the point that it must now rank as one of the most intensively investigated landscapes in southern England. This volume reports the 2002/03 Hutchinson Site excavations beside Addenbrooke's Hospital. While primarily concerned with its Iron Age/Roman Conquest-Period dynamics, there was also significant later Bronze Age and Middle Saxon occupation. The site's sequence both informs, and is informed by, the results of an evaluation survey extending over 200ha west to the River Cam, which led to the recovery of some 15 new sites. Thereafter, three other landscape evaluation case-studies are presented, drawn both from the County's southern chalklands and also its western and northern clays. Seeing comparable site-discovery rates, this enormous increase in known site densities has fundamental implications for understandings of early land-use and settlement/population levels, and allows archaeologists to appreciate for the first time what is, in effect, the past fabric of the land . The case is made that such grand-scale surveys should be considered as 'stand-alone' programmes of investigation in their own right.