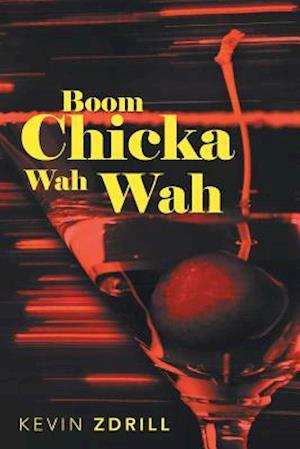 Gus Adams is a middle-aged debt management counselor in Winnipeg's Osborne Village who does not believe marriage and adventure go hand-in-hand. Trapped in the routine of a mundane relationship with his live-in girlfriend, Mitch, Gus secretly nurses a compulsion to explore his wild side, do something borderline insane, and test his manhood.

After Gus confesses to Mitch that he needs to indulge in one last reckless activity in order to scratch his perpetual itch for excitement, she tells him her teenage niece is coming to live with them for the summer. Despite being faced with adolescent angst and a girlfriend who is making it more than obvious that her biological clock is ticking loudly, Gus still daydreams of satisfying his thrill-seeking pleasures. As he attempts one wacky stunt after another, Gus reignites the caveman inside of him-while Mitch wonders if all the time she has invested in their relationship has been worth it.

Boom Chicka Wah Wah tells the tale of one man's roller-coaster journey to the realization that what he thinks is the end of a big adventure is really just the beginning.