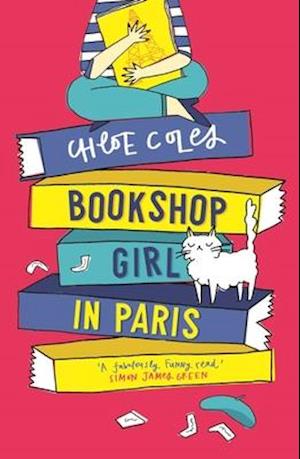 The third in a hilarious series that will make you want to rush out and take shelter in your nearest bookshop.It's just a typical grey day in Greysworth, until the manager of Bennett's Bookshop makes an exciting announcement. They've organised a French exchange with one of Paris's most famous bookshops!Before you can say 'Oooh la la' Paige Turner is already daydreaming about the iconic sights she knows so well from old films and school textbooks. Just THINK of all the chic arty-farty adventures she'll have.It would be fantastique if it weren't for one slight problem . . . the boy she'll be stuck with in the city of love.Written by bookseller Chloe Coles, this laugh-out-loud series is perfect for fans of Holly Bourne and Louise Rennison.

Forfattere
Bibliotekernes beskrivelse The third in a new laugh-out-loud and sparky teen series, perfect for fans of Holly Bourne and Louise Rennison.Paige Turner is at work at Bennetts Bookshop when her manager makes an exciting announcement: 'An amazing opportunity has arisen!