Bones of the Ancestors 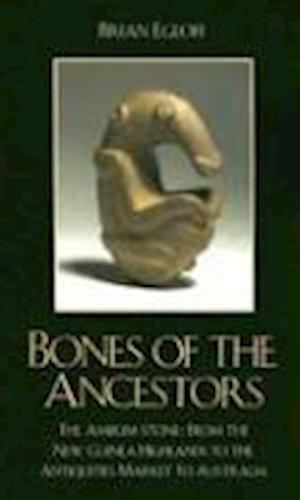 The 3,000-year-old Ambum Stone, from Papua New Guinea, is the focus of several archaeological stories. The stone itself is an interesting artifact, an important piece of art history that tells us something about the ancient Papuans. The stone is also at the center of controversies over the provenance and ownership of ancient artifacts, as it was excavated on the island of New Guinea, transferred out of the country, and sold on the antiquities market. In telling the story of the Ambum Stone, Brian Egloff raises questions about what can be learned from ancient works of art, about cultural property and the ownership of the past, about the complex and at times shadowy world of art dealers and collectors, and about the role ancient artifacts can play in forming the identities of modern peoples.

Forfattere
Bibliotekernes beskrivelse Bones of the Ancestors tells the shadowy story of the Ambum Stone, a 3,000-year-old carving from Papua New Guinea that found its way onto the antiquities market and then into an important modern museum.