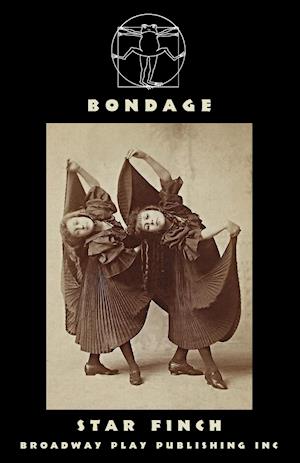 BONDAGE takes place Pre-Emancipation on a small island in the Caribbean.

With the onset of puberty, Zuri must use her wits to outsmart the twisted desires of a drunken master and a sadistic mistress on a haunted plantation. Hierarchies of race and gender collide in this AfroSurreal tale of an enslaved girl who dares to follow her own instincts toward liberation by any means.

"...the drama thrills, partly because it's still so rare to see genuine bravery in theatrical depictions of race, partly because Finch has such a singular mode of expression."

"Finch's dialogue is potent, beautifully expressed and mysterious, especially in its dreamlike mystical moments. There's some haunting imagery in the play that gives it a ritualistic, almost fairy-tale-like quality at times. More than anything, though, it's a tense and unsettling piece that plays with race, gender, family and power dynamics in provocative and sometimes brutal ways."

"Blending blunt prose with lush, intricate poetry, Finch does more than put lyrical words in the mouths of her richly rendered characters; she uses that language to create an atmosphere of off-kilter dreaminess..."