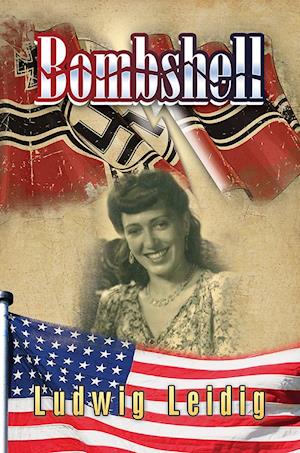 Bombshell is an unknown true story unearthed from World War II documents. Although a historical biography, it reads as a dramatic psychological thriller, and it covers the dark period of the Third Reich in Nazi Germany from 1933 to 1945. Barbara Goette accepts an offer to join global tycoon Ludwig Roselius (The Lion) and work for the HAG conglomerate. He is a very successful older industrialist who invented decaffeinated coffee. She is 26 and has just completed Kiel University. She quickly rises to become Dr Roselius' closest collaborator. The Lion earlier established himself in New York before World War I, becoming the most diversified industrialist Germany had ever seen. He rejected Hitler as a dreamer and sent him away empty-handed when Hitler asked him for funds in 1922 and 1930. This was not forgotten and Hitler launches vitriolic verbal attacks on Dr. Roselius in 1936. Barbara saves the doctor's life by appealing to Hitler during a chance meeting. Dr Roselius died in 1943 and Barbara was cut loose from her job, barely surviving the war. She married English lecturer Dr. J.P. Leidig in 1945. In 1950, the family emigrated to Australia. Bombshell clarifies historical issues and also provides explanations that were previously misunderstood about what corporate life was like in war-torn Germany.