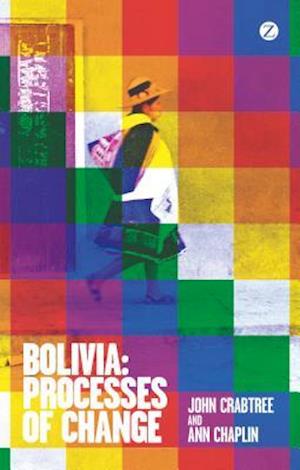 Since Evo Morales was elected president in 2006 as leader of the MAS, the first social movement to achieve political power in Latin America, Bolivia has seen radical changes and continues to generate huge interest worldwide. In this revealing new book, Crabtree and Chaplin show how ordinary people have responded to the processes of change that have taken place in the country over the last few years.Based on a wealth of interview material and original reportage, the book enters the terrain of grassroots politics, identifying how Bolivians work within the country's social movements and how they view the effects that this participation has achieved. It asks how they see their lives as being altered - for better or for worse - by this experience, as well as how they evaluate the experience of becoming politically involved, often for the first time. This unique bottom-up analysis explores the often complex relationship between Bolivia's people, social movements and the state, highlighting both the achievements and limitations of the MAS administration. In doing so, it casts important new light both on the nature of the Bolivian 'experiment' and its implications for participatory politics in other parts of the developing world.

Forfattere
Bibliotekernes beskrivelse Based on a wealth of interview material and original reportage, this book offers a unique bottom-up analysis of how ordinary Bolivians have responded to the changes that have taken place in their country since the rise of the MAS in 2006.