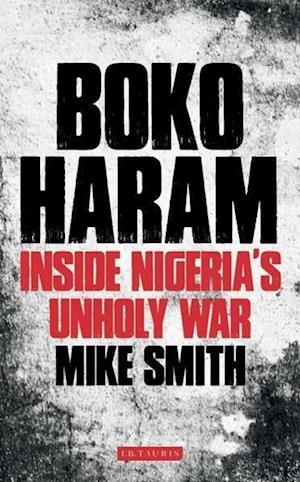 An insurgency in Nigeria by the Islamist extremist group Boko Haram has left thousands dead, shaken Africa's biggest country and worried the world. Yet it remains a mysterious - almost unknowable - organisation. rough exhaustive on-the-ground reporting, Mike Smith takes readers inside the conflict and provides the first in-depth account of the violence and unrest. He traces Boko Haram from its beginnings as a small Islamist sect in Nigeria's remote north-east, led by a baby-faced but charismatic preacher, to its transformation into a hydra-headed entity, deploying suicide bombers and abducting schoolgirls. Much of the book is told through the eyes of Nigerians who have found themselves caught between frightening insurgents and security forces accused of horrifying brutality. It includes the voices of a forgotten police officer left paralysed by an attack, women whose husbands have been murdered and a sword-wielding vigilante using charms to fend of insurgent bullets. It journeys through the sleaze and corruption that has robbed Africa's biggest oil producer of its potential, making it such fertile ground for extremism.Along the way it questions whether there can be any end to the violence and the ways in which this might be achieved.Interspersed with history, this book delves into the roots of this unholy war being waged by a virtually unknown organisation, which is set to shape the destiny of Africa's biggest economy and most populous state - and perhaps affect the future of Africa.

Forfattere
Bibliotekernes beskrivelse Interspersed with history, this book delves into the roots of this unholy war being waged by a virtually unknown organisation, which is set to shape the destiny of Africa's most popular and economically most popular state - and perhaps affect the future of Africa. 16 bw integrated, 1 map