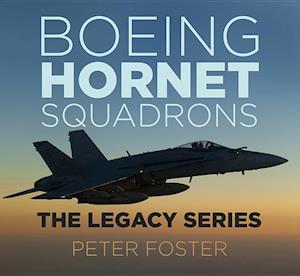 The Boeing Hornet is a twin-engined multi-role supersonic jet fighter of the third generation. Derived from the Northrop YF-17 lightweight fighter concept, its twin-engine reliability, option to carry greater payloads and rugged ability to operate from bare base conditions as well as aircraft carriers made it an ideal choice for both US Navy and US Marine Corps looking to replace their second-generation fighter and attack types. Although the design has been around for over forty years, upgrades have kept the aircraft at the forefront of military thinking. This fascinating pictorial history explores the early derivatives of the fighter and its many users. It has been involved in all recent conflicts as the United States seeks to project power and will continue to do so for many years to come.

Forfattere
Bibliotekernes beskrivelse Pictorial history celebrating the early deriviatives of the powerful Hornets as they start to fall out of service 150 Illustrations, color