Body and Tradition in Nineteenth-Century France

indgår i serie The Past and Present Book Series 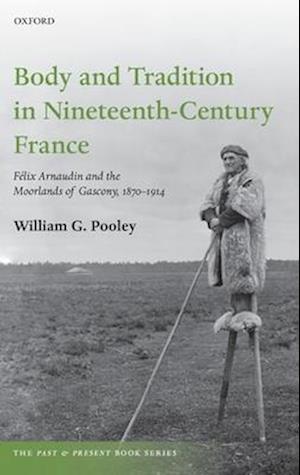 The moorlands of Gascony are often considered one of the most dramatic examples of top-down rural modernization in nineteenth-century Europe. From an area of open moors, they were transformed in one generation into the largest man-made forest in Europe. Body and Tradition in Nineteenth-Century France explores how these changes were experienced and negotiated by the people who lived there, drawing on the immense ethnographic archive of Felix Arnaudin(1844-1921). The study places the songs, stories, and everyday speech that Arnaudin collected, as well as the photographs he took, in the everyday lives of agricultural workers and artisans. It argues that the changes are were understood as a gradual revolution in bodily experiences, as men and women forged newworking habits, new sexual relations, and new ways of conceiving of their own bodies. Rather than merely presenting a story of top-down reform, this is an account of the flexibility and creativity of the cultural traditions of the working population. William G. Pooley tells the story of the folklorist Arnaudin and the men and women whose cultural traditions he recorded, then uncovers the work carried out by Arnaudin to explore everyday speech about the body, stories of werewolves andshapeshifters, tales of animal cunning and exploitation, and songs about love and courtship. The volume focuses on the lives of a handful of the most talented storytellers and singers Arnaudin encountered, showing how their cultural choices reflect wider patterns of behaviour in the region, and across ruralEurope.

Forfattere
Bibliotekernes beskrivelse The moorlands of Gascony was a place of dramatic rural modernization in nineteenth-century France, transforming in one generation from open moors to the largest man-made forest in Europe. This study draws upon the immense ethnographic archive of Felix Arnaudin (1844-1921) to explore how these changes were negotiated by the people who lived there. 7 black and white illustrationsPRIZES:Winner of Winner of the 2020 Katharine Briggs Award from the Folklore Society.