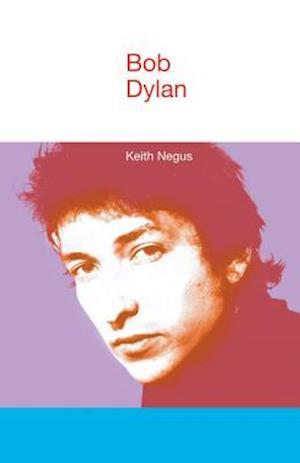 "Bob Dylan" provides a short introduction to the music of Bob Dylan including an examination of the impact of his work over time and key critical responses. This book starts by locating Dylan's work within a much broader context of the history of the American popular song and its various antecedents, examining how his music draws on a rich heritage of folk, blues, country, r'n'b as well as ballads, standards, nursery rhymes and pop tunes. Focusing on a selection of songs, it examines how his use of words, voice, instruments, melody and timbre, can be understood within the context of various traditions.Much of the writing about Bob Dylan tends to privilege a few recordings, and a limited range of recurring stylistic themes, placing considerable emphasis on Dylan's early career as a 'protest' singer, and then his surrealistic, stream of consciousness mid-1960s music. Yet, the vast majority of Dylan's musical output has been somewhat less radical (but not necessarily less imaginative) and concerned with questions of romantic desire, lust and loss.Negus shows how these thematic concerns are frequently woven into a narrative style that draws from a range of storytelling traditions as diverse as broadside ballads, modern novels and Hollywood cinema.Negus then considers Bob Dylan's enduring impact on new generations of artists in various musical traditions and different parts of the world as well as the influences upon Dylan's changing style and performing identity, from the turn to electric guitars in the 1960s, to the embracing of Christianity and gospel influences in the late 1970s, and increasing explicit use of folk, ballad, blues and country styles in his later work. In assessing some of the key critical responses to Dylan, and in considering his canonisation within a specific popular music tradition, Negus finally asks how claims for Bob Dylan's genius might be assessed. Why is Dylan's work accorded so much value within the popular music canon, and is this justified?

Forfattere
Bibliotekernes beskrivelse Provides an introduction to the music of Bob Dylan including an examination of the impact of his work over time and key critical responses. This book locates Dylan's work within a broader context of the history of the American popular song and its various antecedents, examining how his music draws on a heritage of folk, blues and pop tunes. 7 b&w photos