- The Stories of Sailing Inventors and Innovations 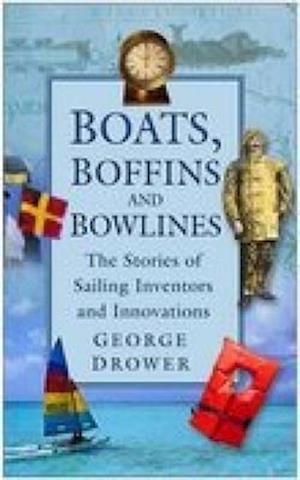 Featuring a foreword by Ben Ainslie, Olympic gold medal winner, this book reveals the stories behind the apparatus used by sailors and navigators. Which woman made the first solo transatlantic crossing? Who saved thousands of lives with the invention of navigation lights? What is the story behind the invention of the compass? Who was Francis Beaufort and how did he come to devise the Beaufort wind scale, still used to this day? Why did William Petty invent the catamaran (in 1662)? Many of us know the story of modern sailing pioneers - Francis Chichester and Ellen Macarthur, Claire Francis and the challengers of the Americas Cup - but what about those unsung heroes who invented the mechanisms and technology which enabled sailors to speed across the oceans and navigate more safely? Boats, Boffins and Bowlines reveals the extraordinary stories behind the apparatus which many sailors take for granted. Learn how the Frenchman Boulanger produced the first binoculars in 1859, enabling sailors to spy landmarks more effectively; or how William Armstrong earned sailors' gratitude for ever by devising the yacht winch.

Forfattere
Bibliotekernes beskrivelse Featuring a foreword by Ben Ainslie, Olympic gold medal winner, this book reveals the stories behind the apparatus used by sailors and navigators.