- The Evolution of a Social Role 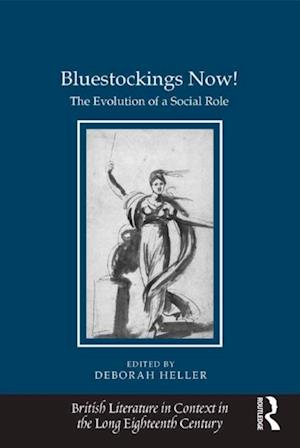 Bringing together top specialists in the field, this edited volume challenges the theory that the eighteenth-century British intellectual women known as the Bluestockings were an isolated phenomenon spanning the period from the 1750s through the 1790s. On the contrary, the contributors suggest, the Bluestockings can be conceptualized as belonging to a chain of interconnected networks, taking their origin at a threshold moment in print media and communications development and extending into the present. The collection begins with a definition of the Bluestockings as a social role rather than a fixed group, a movement rather than a static phenomenon, an evolving dynamic reaching into our late-modern era. Essays include a rare transcript of a Bluestocking conversation; new, previously unknown Bluestockings brought to light for the first time; and descriptions of Bluestocking activity in the realms of natural history, arts and crafts, theatre, industry, travel, and international connections. The concluding essay argues that the Blues reimagined and practiced women's work in ways that adapted to and altered the course of modernity, decisively putting a female imprint on economic, social, and cultural modernization. Demonstrating how the role of the Bluestocking has evolved through different historical configurations yet has structurally remained the same, the collection traces the influence of the Blues on the Romantic Period through the nineteenth century and proposes the reinvention of Bluestocking practice in the present.