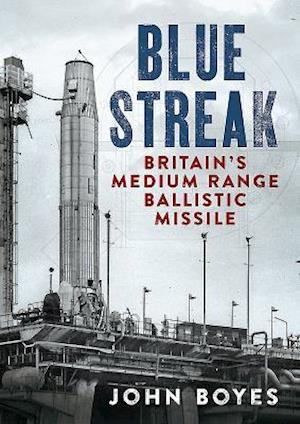 In the early 1950s the United States wished to concentrate its defence resources on the development of a 4,000 mile range intercontinental ballistic missile. As a stop-gap measure, US defence chiefs hoped to assist Britain with the development of its own intermediate range missile. Despite US concerns that British resources were limited the Air Ministry nonetheless proceeded with the missile, called Blue Streak, to fulfil the operational requirement which would give Britain an independent deterrent which should remain invulnerable until the early 1970s. `Blue Streak: Britain's Medium Range Ballistic Missile' traces the path from the political decision to issue the contracts through the early development and testing both in the UK and in Australia. The reasons for the project's cancellation are considered and Blue Streak's subsequent role as the first stage of the ELDO civilian satellite launcher is noted. A requirement of the project was the need to base the missiles in underground launchers to protect them from attack. This aspect of the project is fully covered using recently available information and specially drawn plans.

Forfattere
Bibliotekernes beskrivelse In 1955, Britain with US assistance, started development of a medium range ballistic missile. The idea was to give Britain an independent nuclear capability to take it through to the 1970s. The need for underground launchers added to what was an already complex project and this, allied to ever-increasing costs, saw the project cancelled in 1960. 45 black and white photographs