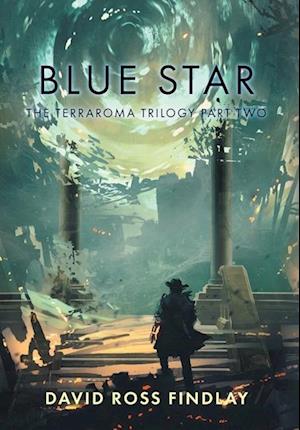 It's been five years since Macy Jones and John Hendricks defeated Magnus Jupiter and Olympias, freeing Terraroma from centuries of war.

When the smugglers aboard The Maryjane have to make a run from the Sol System Peacekeepers, they're unwittingly sucked into the same time-space anomaly that captured the Crimson Star. As Brent, Helen, and Simon struggle to come to terms with their new reality, the evil alien entity tightens its grip on General Marcellus of Augustine.

For Hendricks and Jones, who were also trapped in Terraroma years earlier but now hold important leadership roles in the powers of the land, the peace is threatened.

Working together in an unlikely alliance, Hendricks, Jones, Brent, and others have no choice but to launch a war against Marcellus/Saturn. As war shakes Terraroma to its core and the final struggle for its fate unfolds, one question remains: can they stop the evil alien entity before it's too late?