Blucher and the Uprising of Prussia Against Napoleon: 1806-1815 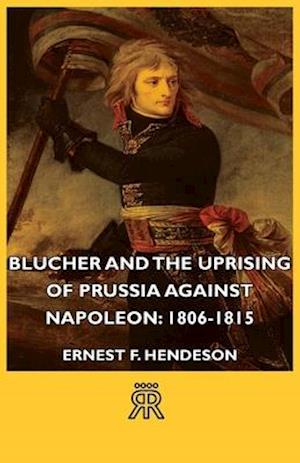 Blucher is chiefly known to English readers as the man who came to Wellington's aid at Waterloo. The object of the present volume is to show that he had a separate existence of his own and performed other great deeds in the cause that are equally deserving of praise. Strange that he has never been made the subject of an English biography and that of his German lives none have been translated into English! The present work cannot pretend altogether to fill the gap, as the plan of the series, if I have understood it rightly, is to treat the movement as fully as the man. I shall feel a certain satisfaction if I can succeed in establishing Blucher in his rightful position, as the peer of Wellington in all that concerns the overthrow of Napoleon. 'You forget Wellington's Spanish campaigns,' I shall be told. 'You in turn forget' I shall answer, 'that Blucher was the one progressive, inspiring element among the leaders of the allied armies from the year 1813 on.' Without Blucher's decision to cross the Elbe at Wartenburg there would have been no battle of Leipzig without his cutting loose from Schwarzenberg in March, 1814, there would have been no closing in of the allies on Paris without his brave endurance at Ligny in spite of the non-arrival of the promised reinforcements, Wellington would have been overwhelmed at Quatre-Bras and there would have been no Waterloo. No time could be more favourable than the present for writing a work on Blucher, seeing that it is the centenary of the great events in which he played a part. This fact has given the impetus to a whole new literature on the subject based very largely on new material from the war archives. In a splendid series of works all the campaigns have been treated objectively and critically and in such detail that we can follow the movements of each army literally from day to day. Many of the earliest books, particularly those dating back to the 1900s and before, are now extremely scarce and increasingly expensive. We are republishing many of these classic works in affordable, high quality, modern editions, using the original text and artwork.