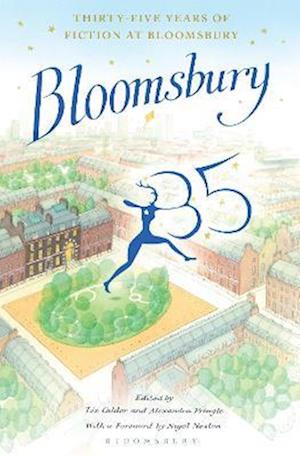 In London in the mid-1980s, over late nights and early mornings, Nigel Newton and David Reynolds came up with a plan: the establishment of a major independent publishing company, fuelled by ground-breaking, ambitious ideas. In 1987, their plans came to fruition with the announcement of Bloomsbury Publishing. For all the ambition embedded in Bloomsbury's DNA from its inception, no one could have envisaged the 35 years that would follow, years that saw Bloomsbury grow into the UK's largest independent publisher. As its offices shifted from Soho Square to Bedford Square, with further branches set up in New York, Sydney and New Delhi, its formidable list took shape: featuring winners of the Nobel, Booker and Women's Prizes, million copy bestsellers, and modern classics. In Bloomsbury at 35, its editors-in-chief Liz Calder and Alexandra Pringle have selected gems of Bloomsbury's fiction since its founding, creating an anthology to be treasured - a joyful celebration of Bloomsbury's first 35 years.