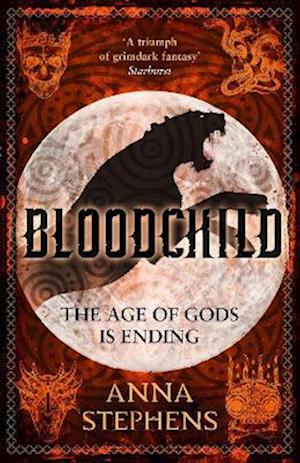 Forfattere
Forlagets beskrivelse 'If you're a fan of the likes of Joe Abercrombie or George R.R. Martin, then you'll be pleased to learn that Anna Stephens has joined this august pantheon of lovingly horrible and deliciously dark writers' STARBURST Rilporin has fallen and Corvus, King of the Mireces, reigns over an occupied land. The raiders and their dark religion have conquered, but victory came at a terrible price - the death of a god - and sparks of resistance glimmer on all sides. In the south, Mace gathers the survivors of Rilpor's armies. Among the fierce tribes of Krike, Crys and Dom search for allies and for the truth of what binds them to the Gods of Light. And in the royal palace itself, Tara - once a soldier, now a slave - hopes to ignite a rebellion. But time is against them. A child will soon be born with the power to return the Dark Lady from death, and the long-prophesied final battle for the future of Rilpor and Mireces, of humans and gods, is near.