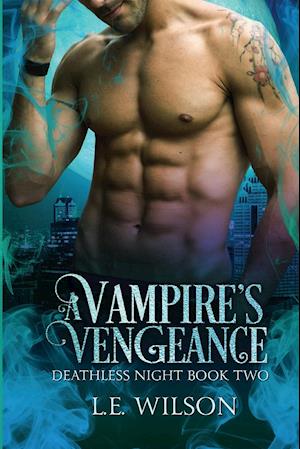 A vampire bound by chains.

For seven long years, Master Vampire Luukas Kreek has vowed to take revenge on the raven-haired witch that has taken his power--and his sanity. The witch with the face of an angel. Emaciated and weak, he desperately tries to hold on long enough to get his revenge. But with one taste of her blood, a single word bursts through his fragile psyche...MINE.

A witch bound by love.

Keira Moss has spent the last seven years trying to figure out a way to get herself out of this hellhole--and to save the strong-willed vampire she's grown to admire--and love--while she's at it. But she's afraid that not even a witch as powerful as she will be able to get out of this one. For she knows that the vampire who holds her heart will kill her the moment he is free. And she won't stop him.

Tortured and starved, Luukas's hunger for Keira wars with his lust for vengeance. His shattered mind must choose: to kill the witch or to love the angel--making her HIS, forever.