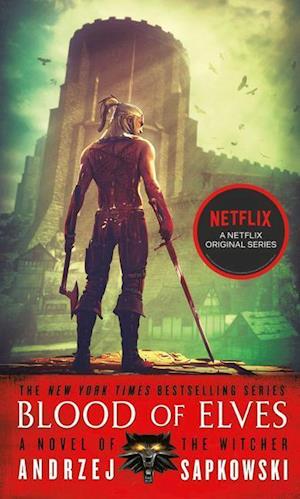 Forfattere
Forlagets beskrivelse Geralt the Witcher-revered and hated-holds the line against the monsters plaguing humanity in this NYT bestselling series that inspired the blockbuster Witcher videogames. Soon to be a major Netflix series.
For over a century, humans, dwarves, gnomes, and elves have lived together in relative peace. But times have changed, the uneasy peace is over, and now the races are fighting once again. The only good elf, it seems, is a dead elf. Geralt of Rivia, the cunning assassin known as The Witcher, has been waiting for the birth of a prophesied child. This child has the power to change the world - for good, or for evil. As the threat of war hangs over the land and the child is hunted for her extraordinary powers, it will become Geralt's responsibility to protect them all - and the Witcher never accepts defeat.
Blood of Elves is the first full-length Witcher novel, and the perfect follow up if you've read The Last Wish collection.
Witcher novelsBlood of Elves
The Time of Contempt
Baptism of Fire The Tower of SwallowsLady of the LakeSeason of Storms
Witcher collectionsThe Last WishSword of Destiny
The Malady and Other Stories: An Andrzej Sapkowski Sampler (e-only)
Translated from original Polish by Danusia Stok