- A race-against-time suspense thriller with a unique premise 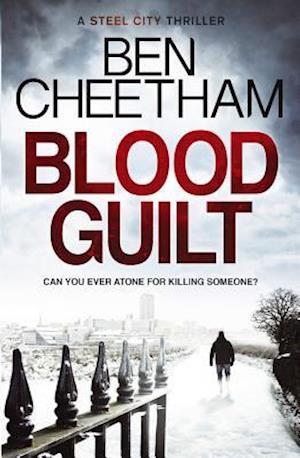 Susan's nails dug into Harlan like thorns. 'Just get my little boy back for me. Do whatever it takes.' 'I... ' Harlan's tongue could barely force the words out through his teeth. 'I will.' 'Promise me.' 'I promise. Whatever it takes, however long it takes, I'll find Ethan.' Is it ever truly possible to atone for killing someone? After the death of his son, DI Harlan Miller's life is spiraling out of control. He's drinking too much. His marriage and career are on the rocks. But things are about to get even worse. A booze-soaked night out and a single wild punch leave a man dead and Harlan facing a manslaughter charge. Four years later, Harlan's prison term is up, but life on the outside holds little promise. Divorced, alone, consumed with guilt, he thinks of nothing beyond atoning for the death he caused. But how can you atone for destroying a family, for depriving a wife of her husband and two young boys of their father? Then something happens, something terrible, yet something that offers a twisted gleam of hope for Harlan - the dead man's son is abducted. From that moment Harlan's life has only one purpose - finding the boy. The frantic race against time leads him to a place darker than anything he experienced as a policeman and a stark moral choice that compels him to question the law he once enforced. Blood Guilt is a race-against-time thriller with a unique premise from the bestselling author of Angel of Death, Justice for the Damned, Spider's Web and The Lost Ones. Perfect for fans of Joy Ellis, Angela Marsons and Robert Bryndza. What people are saying about Blood Guilt: 'Fast-moving action and lots of twists make this debut novel a most enjoyable read' The Times. 'This is a blast of how to write a crime thriller ... keeping the reader wanting to know how it ends ... I cannot recommend Blood Guilt highly enough' Atticus Finch, Amazon Top 500 reviewer. 'More twists and turns than a theme park ride. Just when you think you have everything worked out, Cheetham brings another stunning twist to the story ... keeps you hanging until the very last page' ElementaryvWatson.

Forfattere
Bibliotekernes beskrivelse A crime thriller with a unique premise: a man sets out to find a kidnapped boy... to atone for killing the boy's father.