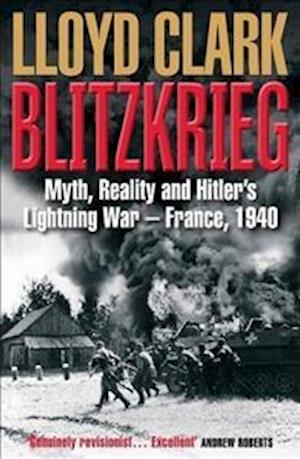 The German campaign in France during the summer of 1940 was pivotal to Hitler's ambitions and fundamentally affected the course of the Second World War. Having squabbled about fighting methods right up to the start of the campaign, the German forces provided the Fuhrer with a swift, efficient and decisive military victory over the Allied forces.In achieving in just six weeks what their fathers had failed to accomplish during the four years of the First World War, Germany altered the balance of power in Europe at a stroke. Yet, as Lloyd Clark shows in this enthralling new book, it was far from a foregone conclusion. Blitzkrieg tells the story of the campaign, while highlighting the key technologies, decisions and events that led to German success, and details the mistakes, good fortune and chronic weaknesses in their planning process and approach to war fighting. There are also compelling portraits of the officers who played key roles, including Heinz Guderian, Erwin Rommel, Kurt Student, Charles de Gaulle and Bernard Montgomery.Clark argues that far from being undefeatable, the France 1940 campaign revealed Germany and its armed forces to be highly vulnerable - a fact dismissed by Hitler as he began to plan for his invasion of the Soviet Union - and offers a gripping reassessment of the myths that have built up around one of the Second World War's greatest military victories.