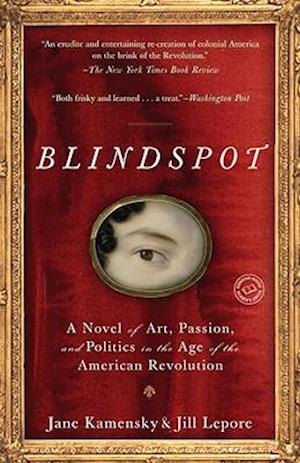 Stewart Jameson, a Scottish portrait painter fleeing his debtors in Edinburgh, has washed up on the British Empire's far shores--in the city of Boston, lately seized with the spirit of liberty. Eager to begin anew, he advertises for an apprentice, but the lad who comes knocking is no lad at all. Fanny Easton is a fallen woman from Boston's most prominent family who has disguised herself as a boy to become Jameson's defiant and seductive apprentice.

Written with wit and exuberance by accomplished historians, Blindspot is an affectionate send-up of the best of eighteenth-century fiction. It celebrates the art of the Enlightenment and the passion of the American Revolution by telling stories of ordinary people caught up in an extraordinary time.