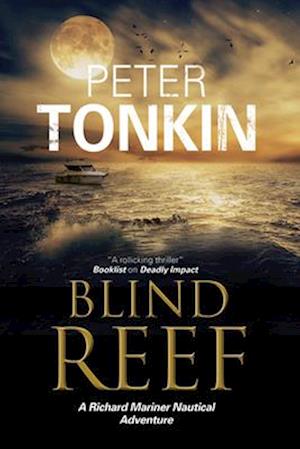 Richard and Robin Mariner's quest to rescue a kidnapped girl leads them into the perilous heart of the Sinai desert. Richard and Robin Mariner, relaxing in Sharm El Sheikh in Egypt, suddenly find themselves saving the lives of several refugees when their boat flounders on Shaab Ruhr Siyoul, known as the Blind Reef. One of the survivors, Nahom, is of particular interest to the Mariners. His twin sister, Tsibekti, has been kidnapped and is being held for ransom by smugglers. Shocked by Nahom's story, Richard and Robin soon become dangerously involved, travelling into the heart of the Sinai in their quest to find the lost girl. But they will need to tread a perilous path, steering clear of Egyptian police, Bedouin smugglers and militant Islamists to have any hope of rescuing Tsibekti and getting out of the desert alive ...