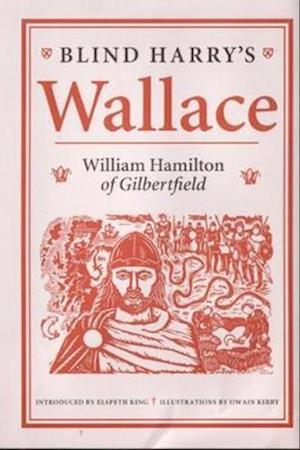 The epic verse of "Blind Harry" (or "Henry the Minstrel") is the main source on the life of Sir William Wallace. It was written around 1477 and based on the now lost Latin book of John Blair, commisioned by "the fetching bishop" William Sinclair, Bishop of Dunkeld, to send to the Pope. Blind Harry gathered stories and traditions of Wallace from all over Scotland and sang or recited his verse. He was well recieved at the Renaissance court of King James IV. Blind Harry's "Acts and Deidis of the Illustre and Vallyeant Campioun Schir William Wallace" was one of the first Scottish books printed in Scotland. Hamilton's edition, "wherein the old obsolete words are rendered more intelligible", first published in 1722, had a great influence on Burns (whom it inspired to visit many of the sites mentioned and to write a number of poems including "Scots Wha Hae") and many others, including Wordsworth and Byron. Elspeth King, has long campaigned to bring Blind Harry's work back into print in an accessible form, and argues for its significance and relevance today.