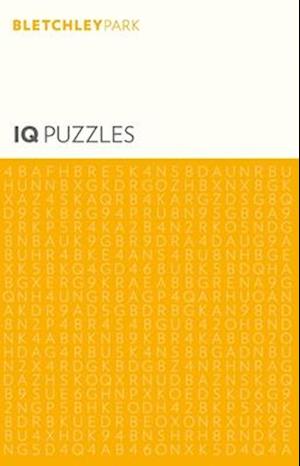 This collection of challenging IQ puzzles is part of a series of books produced by the Bletchley Park Trust. Follow in the footsteps of the Codebreakers and see if you have the puzzle-solving skills needed to have worked at wartime Bletchley Park

During World War II, Bletchley Park was the workplace for thousands of people whose job was to read the encrypted messages of its enemies. Toward the end of 1941, a crossword puzzle competition was organized by The Daily Telegraph; the challenge to complete the puzzle in less than 12 minutes. A number of the competitors were subsequently invited to take part in intelligence work at Bletchley Park, and puzzles and codebreaking have been linked in the public mind ever since.