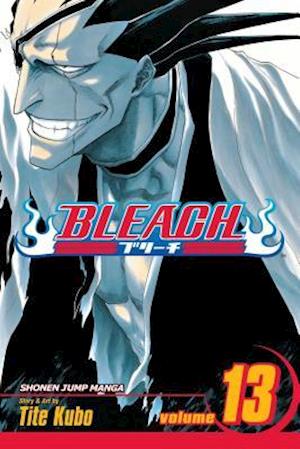 Cleaning up the afterlife - one spirit at a time R to L (Japanese Style). Cleaning up the afterlife - one spirit at a time Ichigo Kurosaki never asked for the ability to see ghosts - he was born with the gift. When his family is attacked by a Hollow, a malevolent lost soul, Ichigo becomes a Soul Reaper, dedicating his life to protecting the innocent and helping the tortured spirits themselves find peace. Find out why Tite Kubo's Bleach has become an international manga smash-hit The race to save Rukia from the Soul Society is officially on, and Ichigo and company have come to their first roadblock, a very, very big roadblock. Jindanb , the monstrous, fez-sporting gatekeeper hasn't let a single soul enter the Western Gate he guards in over 300 years, and he isn't about to change his mind about it just because Ichigo's crew wants to go through either. But, in a where-the-rubber-meets-the-road kind of way, Ichigo wasn't expecting his assault on the Soul Society to be a piece of cake either. After all, that'd just be boring. The Undead: Chad has stormed his way into the heart of the Soul Society, the Seireitei, only to meet his match in the devastatingly efficient Captain Ky raku. Meanwhile, Ichigo struggles in his battle against Kenpachi Zaraki, the captain of the 11th company. Although Ichigo succeeds in drawing blood, the secret of Kenpachi's zanpaku-t may be his undoing. Before Ichigo realizes it, Kenpachi's blade has pierced his heart

Forfattere
Bibliotekernes beskrivelse The race to save Rukia from the Soul Society is officially on, and Ichigo and company have come to their first roadblock. Jidanb, the monstrous gatekeeper, is not about to let Ichigo and his crew pass through the Western Gate. Illustrations. Rated for teens.