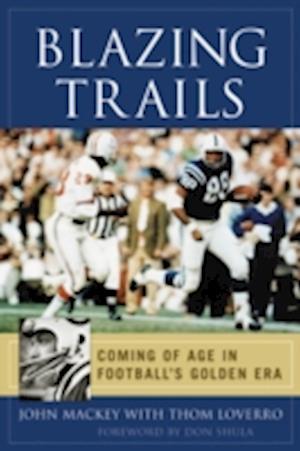 Blazing Trails chronicles John Mackey's life as a lightning rod for attention throughout the 1960s. Mackey refused to remain silent on any topic he felt strongly about--especially anything dealing with justice. As one of Baltimore's first famous African Americans, he fought for racial and battled for legal equality for pro football players of all color as the first president of the newly merged NFL and AFL National Football Players Associations. More than affecting the freedom of his football-playing brethren, Mackey was a major factor in using his sports fame to change the world around. What Muhammad Ali was to boxing, Arthur Ashe was to tennis, and Bill Russell was to basketball, John Mackey was to football: an African-American star who proved that the world, and not just sports, was going to become a better, more colorful place.