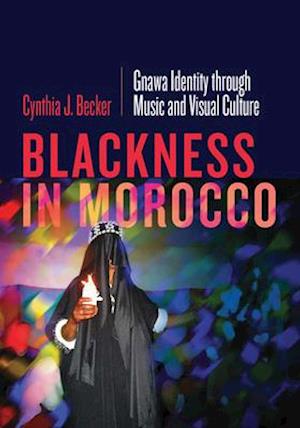 A groundbreaking study of Blackness in Morocco through the lens of visual representation For more than thirteen centuries, caravans transported millions of enslaved people from Africa south of the Sahara into what is now the Kingdom of Morocco. Today there are no museums, plaques, or monuments that recognize this history of enslavement, but enslaved people and their descendants created the Gnawa identity that preserves this largely suppressed heritage. This pioneering book describes how Gnawa emerged as a practice associated with Blackness and enslavement by reviewing visual representation and musical traditions from the late nineteenth century to the present. Cynthia J. Becker addresses the historical consciousness of subaltern groups and how they give Blackness material form through modes of dress, visual art, religious ceremonies, and musical instruments in performance. She examines what it means to self-identify as Black in Morocco (a country typically associated with the Middle East and the Arab world), especially during this time of increased contemporary African migration, which has made Blackness even more visible. Her case studies draw on archival material and on her extended research in the city of Essaouira, site of the wildly popular Gnawa World Music Festival. Becker shows that Gnawa spirit possession ceremonies express the marginalization associated with enslavement and allow these unique communities to move toward healing, even as the mass-marketing of Gnawa music has resulted in some Gnawa practitioners engaging Blackness to claim legitimacy and spiritual power. This book challenges the framing of Africa's cultural history into "sub-Saharan" versus "North African" or Islamic versus non-Islamic categories. Blackness in Morocco complicates how we think about the institution of slavery and its impact on North African religious and social institutions, and readers will better understand and appreciate the role of Africans in shaping global forces, including religious institutions such as Islam.