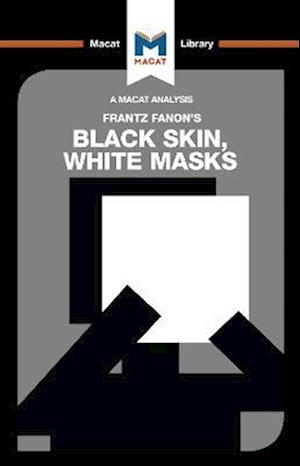 Frantz Fanon's explosive Black Skin, White Masks is a merciless expose of the psychological damage done by colonial rule across the world. Using Fanon's incisive analytical abilities to expose the consequences of colonialism on the psyches of colonized peoples, it is both a crucial text in post-colonial theory, and a lesson in the power of analytical skills to reveal the realities that hide beneath the surface of things. Fanon was himself part of a colonized nation - Martinique - and grew up with the values and beliefs of French culture imposed upon him, while remaining relegated to an inferior status in society. Qualifying as a psychiatrist in France before working in Algeria (a French colony subject to brutal repression), his own experiences granted him a sharp insight into the psychological problems associated with colonial rule. Like any good analytical thinker, Fanon's particular skill was in breaking things down and joining dots. His analysis of colonial rule exposed its implicit assumptions - and how they were replicated in colonised populations - allowing Fanon to unpick the hidden reasons behind his own conflicted psychological make up, and those of his patients. Unflinchingly clear-sighted in doing so, Black Skin White Masks remains a shocking read today.

Forfattere
Bibliotekernes beskrivelse "Black Skin, White Masks offers a radical analysis of the psychological effects of colonization on the colonized. Fanon witnessed the effects of colonization first hand both in his birthplace, Martinique, and again later in life when he worked as a psychiatrist in another French colony, Algeria. His text is uncompromising in form and argument.