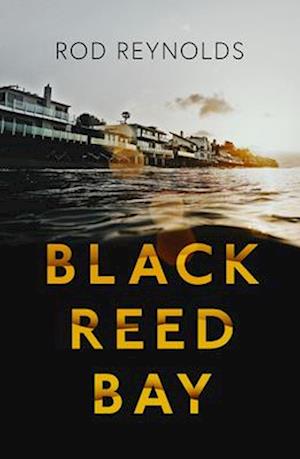 When a young woman vanishes from an exclusive oceanfront community, Detective Casey Wray's investigation plunges her into a darkness she could never have imagined ... Breathtaking, unnerving contemporary American Noir.____________________When a young woman makes a distressing middle-of-the-night call to 911, apparently running for her life in a quiet, exclusive beachside neighbourhood, miles from her home, everything suggests a domestic incident.Except no one has seen her since, and something doesn't sit right with the officers at Hampstead County PD. With multiple suspects and witnesses throwing up startling inconsistencies, and interference from the top threatening the integrity of the investigation, lead detective Casey Wray is thrust into an increasingly puzzling case that looks like it's going to have only one ending...And then the first body appears...___________________Praise for Rod Reynolds'Brutal, brilliant and razor sharp. Blood Red City is pure adrenaline rush from the first page to the last' Chris Whitaker'Bristling with tension, danger and seamed with the constant threat of violence ... Blood Red City confirms Rod Reynolds status as one of the greatest crime talents of his generation' Tim Baker'Reynolds is a great scene setter and he is as good at action as he is at the development of Lydia's character. She is brave, clever, sometimes silly and absolutely credible' Literary Review'An outstanding page-turner that ratchets up the tension as it builds via a labyrinthine plot towards a satisfying and well-crafted climax ... relevant and at times alarming, Blood Red City slaloms its way through the world of social media, geopolitics and hi-tech innovation with compelling conviction' G.J. Minett'Echoes of the fears and worries of a modern world abound here in this pacy and subtle novel' The Sun'The creeping tension and mistrust is palpable and there's an absolutely cracking end reveal' Shots Magazine

Forfattere
Bibliotekernes beskrivelse When a young woman vanishes from an exclusive oceanfront community, Detective Casey Wray's investigation plunges her into a darkness she could never have imagined ... Breathtaking, unnerving contemporary American Noir.