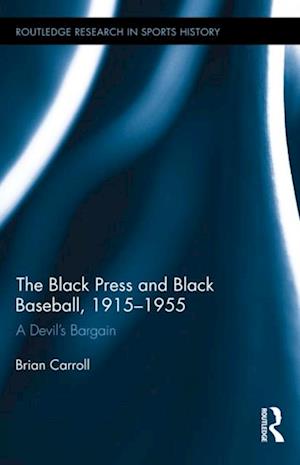 This book brings into dramatic relief the dilemma, or devil's bargain, that faced the black press in first building up black baseball, then crusading for the sport's integration and, as a result of that largely successful campaign, ultimately encouraging and even ensuring the demise of those same black leagues. Taking a thematic approach, this book focuses each of its chapters on a singular event or phenomenon from and for each decade of the period covered, a period that spans the roughly four decades of the black leagues' existence. Thus, the book drills down on a handful of representative events and phenomena to present a history of the black press and black baseball. Themes include the many ways team owners and the weekly newspapers' editors and writers worked in concert to build up the leagues, the paired fortunes of black players and black writers, the desperation to save the Negro leagues when it became clear integration threatened their survival, and finally the black press's response to the residues of baseball's decades of segregation.