- A Social History of Hunting in Colonial Kenya 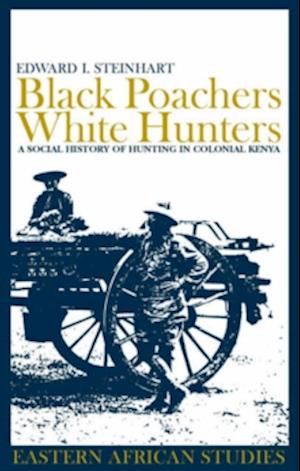 In 1977 the Kenyan government banned all hunting, whether by sportsmen or Kenyan Africans, in response to the poaching crisis that was then spreading across the African continent. This brought an end to the era of the 'Great White Hunters' in this 'sportsman's paradise'. This book traces the history of hunting during Kenya's colonial era from the late nineteenth to the mid-twentieth century. Three main themes emerge: first, is the importance of hunting to Kenyan farmers and herders; second is the attempt during European colonization of Kenya to recreate in Africa the practices and values of nineteenth-century European aristocratic hunts, which reinforced an image of African inferiority and subordination; third, is the role of the conservationists, who claimed sovereignty over nature and wildlife, completing the transformation of African hunters into criminal poachers. North America: Ohio U Press; Kenya: EAEP

Forfattere
Bibliotekernes beskrivelse A study of hunting and poaching during the colonial era in Kenya.