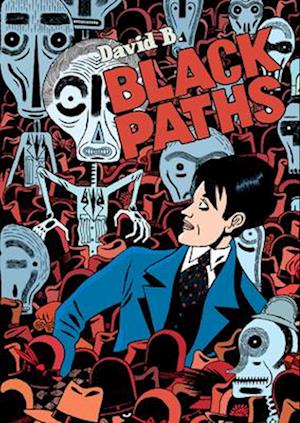 1919 - the defeated Austro-Hungarian Empire is losing control of the city port of Fiume to pirates. A self-styled "Pirate King", Gabriele d'Annunzio (poet, Italian war hero and Dadaist) storms the city with 3000 loyal Italian footsoldiers. He declares Fiume a free Republic: a utopian city-state, with himself as Commander. The city soon descends into looting and surreal decadence, reminiscent of the last days of Rome. Amid this chaos, the beautiful Mina, a black-haired young singer, is lost in this city gone mad, consumed by a love affair with a young soldier. Haunted by the horror of the trenches, a soldier, Lauriano, hunts Fiume's alleys in vain for the ghost that haunts his dreams.

Forfattere
Bibliotekernes beskrivelse At the end of the WWI, the defeated Austro-Hungarian Empire loses control of the city port of Fiume. While the victorious Allies divide the spoils of war at Versailles, they are oblivious to the fact that Fiume, long coveted by the Italians, has been dramatically captured by pirates! A self-styled Pirate King, Gabriele d'Annunzio, storms the city with 3000 loyal soldiers and declares Fiume a free Republic with himself as commander. David B.'s dark satire and effortless rendering of this amazing story constantly challenges expectations.