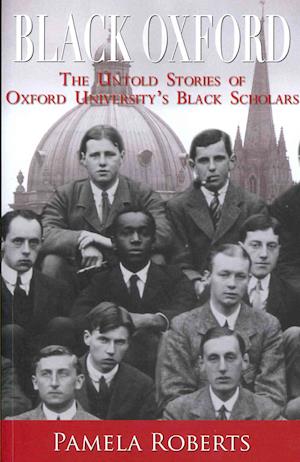 Oxford University has attracted and produced many of the world's most original thinkers over the centuries. It boasts heads of states, academics, writers, actors, scientists, philosophers and many other luminaries among its alumni. On any tour of the University and colleges famous ex-students - Tony Blair, Bill Clinton, Margaret Thatcher - to name a few are often mentioned - but what about its Black scholars? The University has a long but little known history of attracting Black scholars from Africa, the Caribbean, America and even Australia since the matriculation in 1873 of Christian Fredrick Cole, who became the first African to practise in an English court. He was followed by other outstanding personalities: Alain Locke, the 'Father of the Harlem Renaissance' and the first Black scholar to be awarded a Rhodes Scholarship in 1907; Kofoworola Moore, the first African woman to graduate from the University in 1935; Eric Williams, the great historian of the Caribbean, who was elected Prime Minister of Trinidad and Tobago. Oxford's Black alumni include statesmen, lawyers and teachers.More recently, Oxford-educated African American women have risen to high office in the United States. Students from all parts of Africa, the Caribbean and the Commonwealth have made significant contributions and left lasting legacies in the fields of politics, literature, science and the arts. Uncovering the stories of prominent and lesser-known Black students at Oxford, Pamela Roberts reveals a hitherto undocumented strand in the University's history and its relationship with the wider world.