- Imagining Slavery in the Visual Cultures of Brazil and America 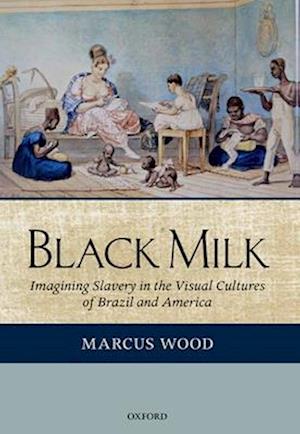 Black Milk is the first in-depth analysis of the visual archives that effloresced around slavery in Brazil and North America in the eighteenth and nineteenth centuries. In its latter stages the book also explores the ways in which the museum cultures of North America and Brazil have constructed slavery over the last hundred years. These institutional legacies emerge as startlingly different from each other at almost every level. Working through comparative close readings of a myriad art objects - including prints, photographs, oil paintings, watercolours, sculptures, ceramics, and a host of ephemera - Black Milk celebrates just how radically alternative Brazilian artistic responses to Atlantic slavery were. Despite its longevity and vastness, Brazilian slavery as a cultural phenomenon has remained hugely neglected, in both academic and popular studies, particularly when compared to North American slavery. Consequently much of Black Milk is devoted to uncovering, celebrating, and explaining the hidden treasury of visual material generated by artists working in Brazil when they came to record and imaginatively reconstruct their slave inheritance. There are painters of genius (most significantly Jean BaptisteDebret), printmakers (discussion is focussed on Angelo Agostini the 'Brazilian Daumier') and some of the greatest photographers of the nineteenth century, lead by Augusto Stahl. The radical alterity of the Brazilian materials is revealed by comparing them at every stage with a series of related but fascinatingly and often shockingly dissimilar North American works of art. Black Milk is a mould-breaking study, a bold comparative analysis of the visual arts and archives generated byslavery within the two biggest and most important slave holding nations of the Atlantic Diaspora.

Forfattere
Bibliotekernes beskrivelse Black Milk is the first in-depth analysis of the visual arts that effloresced around slavery in Brazil and North America in the eighteenth and nineteenth centuries. Exploring prints, photographs, paintings, sculptures, ceramics, and ephemera, it will change everything we knew, or thought we knew, about the visual archive of Atlantic slavery. 146 black-and-white halftones