- Informal Networks in the Middle East and Africa 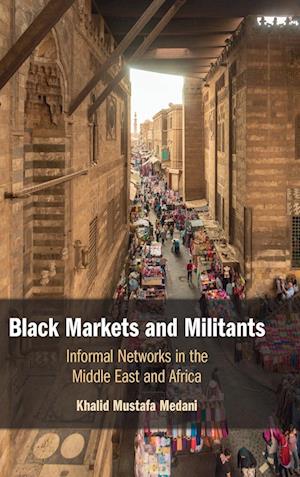 Understanding the political and socio-economic factors which give rise to youth recruitment into militant organizations is at the heart of grasping some of the most important issues that affect the contemporary Middle East and Africa. In this book, Khalid Mustafa Medani explains why youth are attracted to militant organizations, examining the specific role economic globalization, in the form of outmigration and expatriate remittance inflows, plays in determining how and why militant activists emerge. The study challenges existing accounts that rely primarily on ideology to explain militant recruitment. Based on extensive fieldwork, Medani offers an in-depth analysis of the impact of globalization, neoliberal reforms and informal economic networks as a conduit for the rise and evolution of moderate and militant Islamist movements and as an avenue central to the often, violent enterprise of state building and state formation. In an original contribution to the study of Islamist and ethnic politics more broadly, he thereby shows the importance of understanding when and under what conditions religious rather than other forms of identity become politically salient in the context of changes in local conditions.

Forfattere
Bibliotekernes beskrivelse Seeking to understand the political and socio-economic factors that explain why some youth join militant organizations while others choose ethnic based networks, this book shows how economic globalization results in different outcomes in domestic politics using three comparative cases, Egypt, Sudan and Somalia. Worked examples or Exercises