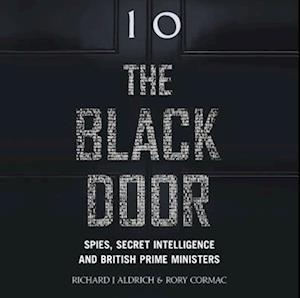 'The Black Door' explores the evolving relationship between successive British prime ministers and the intelligence agencies, from Asquith's Secret Service Bureau to Cameron's National Security Council. At the beginning of the 20th Century the British intelligence system was underfunded and lacked influence in government. But as the new millennium dawned, intelligence had become so integral to policy that it was used to make the case for war. Now, covert action is incorporated seamlessly into government policy, and the Prime Minister is kept constantly updated by intelligence agencies. But how did intelligence come to influence our government so completely?'The Black Door' explores the murkier corridors of No. 10 Downing Street, chronicling the relationships between intelligence agencies and the Prime Ministers of the last century. From Churchill's code-breakers feeding information to the Soviets to Eden's attempts to assassinate foreign leaders, from Wilson's paranoia of an MI5-led coup d'etat to Thatcher's covert wars in Central America, Aldrich and Cormac entertain and enlighten as they explain how our government came to rely on intelligence to the extent that it does today.