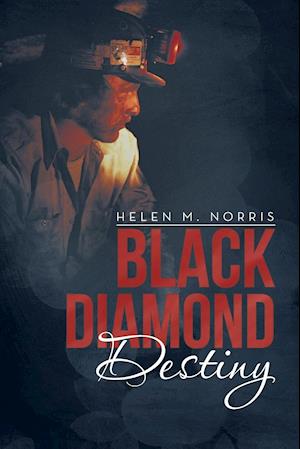 Involves a West Virginia mountaineer family, father, mother, five sons and daughter. Their complicated rise from abject poverty to become multi-millionaires through their efforts in the coal-mining industry. From a small outcrop of coal on their unproductive farm, they eventually own thirty production mines and become the largest coal corporation in the world, controlling the coal industry in West Virginia for over sixty years. Poverty stricken but ambitious, in the year 1850, Matt Mattison secretly kills Abe, a Jewish itinerant peddler, who visits his home periodically, using Abe's money to open a small drift mine on his farm. He is assisted in the venture by his five sons who are unaware of their father's sudden source of funds. (A true story). At the birth of his daughter's illegitimate son, Matt realized that his daughter, Gem, and Abe had a clandestine love affair, planned to marry and that Abe had impregnated to comely Gem. Matt conscious-stricken becomes psychotic. Gem, suspicious of her father, grieving that the father of her child had given his life for her family's prosperity, refuses any finances earned from their mining endeavors, leaves home, adverse circumstances impel her to become proprietress of the town's bawdy house. The plot involves Gem's life, embarrassing to the family but offers amusing incidents in the bordello that becomes public. Her brothers push the mining business to great success becoming powerful financially and politically. Her bastard son (known later as "A.P." in the industry), well educated but burdened by his mother's profession, becomes president of the world's largest coal corporation. Marries a socialite, interested in breeding show horses, they build pretentious mansion on 365 acres, own private railroad train, ocean-going yacht, lavish apartment in New York City. The novel follows several generations of family, involving many complications, romances, pathos of the five brothers, threatened loss of their mines through bitterly fought union strikes and devastating mine explosions. Much of this story is true and interwoven with fiction. All character names are fictitious. Interesting coal mining facts as they effect the family are included. As well as the complete portrayal of the cruel exploration of the miners as the greedy and often inhumane madness of the coal barons to accumulate excessive wealth. Now that coal is becoming an important factor in our energy crisis, this story is timely. Readers will become educated about the problems in this important industry as the story of this once poverty stricken family unfolds.