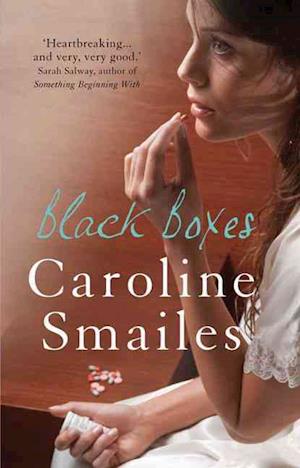 Julie Myerson meets Ian McEwan in this gripping novel of family breakdown. Ana Lewis is trapped by her own expectations. Her intense relationship with fellow student Alex begins to crack beyond repair when she falls pregnant, and his subsequent withdrawal, emotionally and sexually are hard for Ana to bear. Eventually, following the birth of Pip and then Davie, Alex leaves Ana to a life of question and blame. Locked in her room for much of the time she woefully neglects her children, preferring instead to replay scenes from her life over and over, fighting the urge to blink for fear it should dissipate the memories. Told within the context of two black boxes, one Ana's and one Pip's, the story reveals the key factors that have contributed to this catastrophic breakdown of life. In Black Box 01 we meet Ana as she begins to deconstruct her life. She rails against Alex and his inability to love her, or to put her ahead of his domineering mother. Black Box 02 is Pip's diary which details in a schoolgirl terms the neglect that both Pip and Davie have suffered. Pip talks of her mother's deterioration, lack of cleanliness and of her mother's obsessions. Pip and Davie communicate through finger sign language, as their mother demands silence. Davie retreats into his own world, permanently soiled and communicating only by sign, while Pip, fat and desperate, sneaks out of the house at night to have sex with a boy who hates her. Pip and Davie exist in parallel, with only Ana's bedroom door separating her from them. She does not want to see them. They are the present and Ana chooses to live in a past, continually raking over the ashes of a relationship that was never really hers. Accomplished and affecting, Caroline Smailes weaves together a catastrophic tale of mismatched lives.