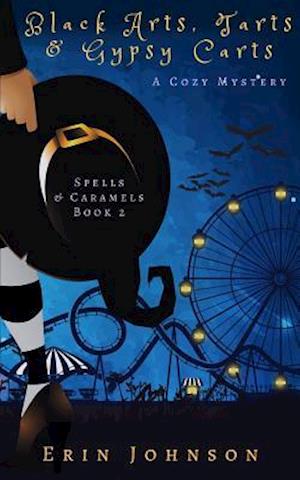 With the Summer Sea Carnival visiting the enchanted island of Bijou Mer, Imogen jumps at the chance to help run the royal bakery booth. It'll get her out of the palace and allow her to continue avoiding her feelings for a certain engaged prince. Imogen's plans to lay low are shattered when the world-famous necromancer, Madame Zerna, is found dead, sawed in half on the dark magician's table and Imogen's friend Rhonda is caught red-handed. With incriminating evidence piling up against Rhonda, Zerna's rival, Imogen promises to help clear her name by finding the real murderer. But between running the booth, encouraging Maple as she struggles to lead as head baker, and taking spell lessons from the friendly strong man, Imogen's got her hands full. And it's no easier getting information from the evasive dark magician or Madame Zerna's secretive assistant. Even Rhonda's hiding something. With the Night of the Dead fast approaching, and Rhonda headed for a maximum security witch prison, Imogen races to unearth the real killer in time to save her friend. But in a mysterious carnival where nothing's as it seems, will Imogen have the magical powers to keep from being on the chopping block herself?