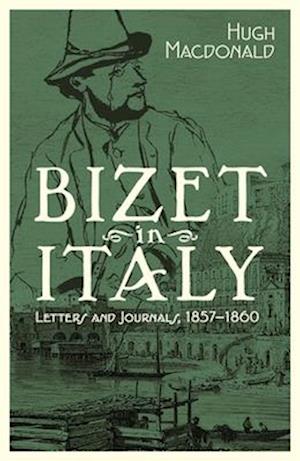 In 1857, Georges Bizet (1838-1875) won the prestigious Prix de Rome scholarship which allowed him to study in Italy for a few years at the expense of the French state. While Bizet's correspondence from this time suggests that he was not fond of Italian music, he was especially drawn to the landscape and Italian Renaissance art and painting. Though Bizet's thoughts later turned away from rural life and the masterpieces of the Renaissance, his letters and journals from this period document the growth of a young musician who would eventually write Carmen. Translated into English for the first time, Bizet's letters from his stay in Italy (at the Villa Medici in Rome, with expeditions to various other parts of the country) reveal much about his character and tastes. These extraordinary documents are fully annotated, and presented alongside never-before-published translations of Bizet's journals from the same years. Linking textual guides supplied by one of the leading authorities on the composer provide unique insights into the composer's formative years that cannot be found anywhere else. HUGH MACDONALD was the Avis Blewett Professor of Music, Washington University, St Louis from 1987 to2011. He is the author of many important books, including Beethoven's Century: Essays on Composers and Themes (URP, 2008),Music in 1853: the Biography of a Year (Boydell Press, 2012), and Saint-Saens and the Stage (CUP, 2019).

Forfattere
Bibliotekernes beskrivelse The first English translation of Bizet's letters and journals from his stay in Italy, with explanatory texts from one of the leading authorities on the composer's life and music.