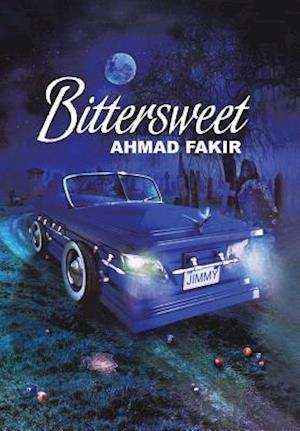 Jonnie Mae Perkins is a woman tormented. She married a younger man who cheated on her so extensively he met his end in a hotel room while cavorting with more than one young beauty. Alzheimer's leaves her in a chronic state of confusion. Her caregiver, a patient woman with her best interests at heart, dies in an auto accident. Her new caregiver, a woman with her eye on the widow's money, gets her drug-dealing associates to act out hallucinogenic midnight plays in Jonnie Mae's home. The housing authority is putting her house up for auction due to unpaid back taxes, and a developer wants to force her out to make way for the Mall of the Future. Poor Jonnie Mae. Her twilight years have turned into her nightmare years. The funeral for her husband is firebombed, the mortician's car is wrecked by her neighbor, a yard sale intended to raise money for the house allows a winning lottery ticket to fall into the hands of a local hustler, and her new caretaker rigs the yard with bear traps and studded boards to keep the housing authority at bay. When the widow seeks solace at her husband's grave, the groundskeeper tells her his headstone has been repossessed and the gravesite cannot be found. Things come to a head when her house is auctioned. The workers who arrive to evict her are taken out by the booby traps on the lawn. The greedy caretaker breaks out of jail after being arrested on drug trafficking charges and holes up at the widow's home. She then takes Jonnie Mae hostage at gunpoint and uses her as a human shield. In another classic moment of stubbornness, the widow accidentally disarms her captor and avoids the hail of bullets from the squadron of police surrounding the house then discovers that the buyer of the house has reneged on the deal. A Baptist ministry has paid off her taxes so the house is again her own. She survives it all with as much aplomb as an incontinent senior can be expected to muster.