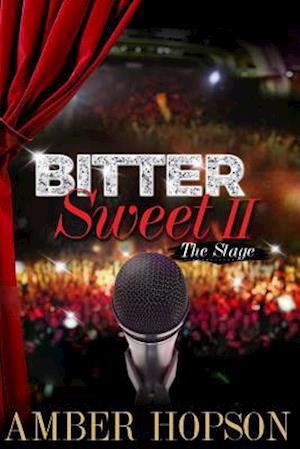 Still in the 90's, Bitter Sweet II picks up where the original Bitter Sweet left off. Previously, Ashley was awarded a Grammy for her first solo album, which sends her singing career into overdrive, her life changes drastically. She came a long way from the gritty streets of Compton. Follow Ashley's journey but this time she is out of the hood, living the high-life and taking the music industry by storm. She's at the top of her game, but her personal life starts to unravel when her toxic ex-boyfriend, Saint, comes back on the scene. Simultaneously, her marriage to Chris takes a turn for the worse when their dirty laundry is exposed publicly. Will Ashley and Chris relationship stand the test of time? They say that pain brings the best out of an artist creativity and Ashley is a true testament to that because her pain has sky-rocketed her album to the top of the billboard charts. While Tae, Ashley's manager, tries to keep her career throbbing, his drama could risk everything they both worked so hard for. How far will he go to protect Ashley from the pit of snakes in the entertainment world? A few surprise characters from part one come into play. Fasten your seatbelts for another page-turner with heart-throbbing scandals, murder and mayhem. Hold on tight because this roller ride is filled with twists and turns that will have you at the edge of your seat.