- How Lyme Disease Stole My Childhood, Made Me Crazy, and Almost Killed Me 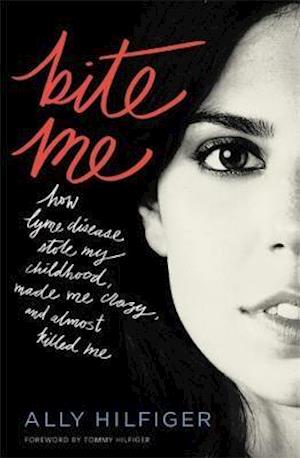 Ally was seven years old when she was bitten by a tick and contracted Lyme disease, but she didn't know it for eleven years. For the next decade, she suffered from constant joint and muscle pain, chronic fatigue, brain fog, recurrent strep throat and headaches. Eventually worn out from the mysterious maladies plaguing her body, tired of her own forms of self medication--pot, alcohol--and drained from the notoriety she gained by producing and starring on her own reality show, Rich Girls, Ally ended up in a psych ward where she began her journey to diagnosis and recovery.BITE ME is Ally's story, but its themes will be familiar to the 300,000 Americans diagnosed with Lyme disease each year, many of whom, like Ally, wondered for years what was wrong with them. Ally also offers readers hope and ideas for how they can transition from victim to survivor.