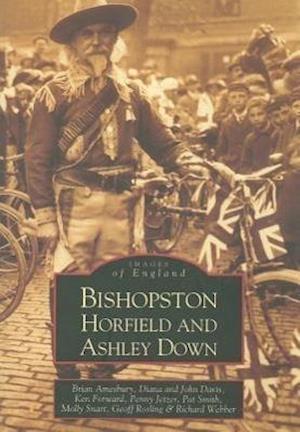 This book contains over 200 old photographs portraying aspects of Bishopston, Horfield Down and St Andrews over the last century. These districts, so difficult to define both in geographical and historical terms, are brought together into a whole to make a fascinating and informative read for everyone who has at any time called them home.Through the second half of the nineteenth century and the first half of the twentieth century the area was extensively developed as the city of Bristol expanded into its rural surroundings. Farmland was rapidly transformed into a network of new streets and roads and the ancient village of Horfield was overwhelmed. In place of countryside new communities were established and it is their history that this book seeks to celebrate. The changing nature of street scenes is set alongside the shops that people frequented, the schools their children attend and the activities and institutions they supported - notably the churches and the various sporting clubs. Gloucestershire County Cricket Club, Bristol Rugby Football Club and, latterly, Bristol Rovers Football Club all based themselves in the area.The photographs have been selected from various sources including the extensive archive built up by Bishopston, Horfield and Ashley Down Local History Society whose members have compiled this timely volume.

Forfattere
Bibliotekernes beskrivelse A history of Bishopston, Horfield & Ashley Down