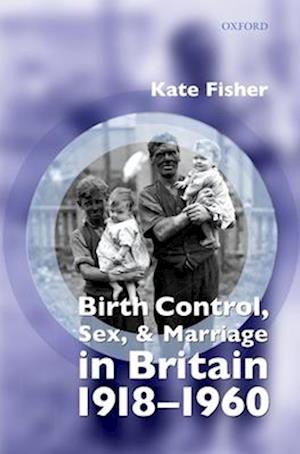 The first half of the twentieth century witnessed a revolution in contraceptive behaviour as the large Victorian family disappeared. This book offers a new perspective on the gender relations, sexual attitudes, and contraceptive practices that accompanied the emergence of the smaller family in modern Britain. Kate Fisher draws on a range of first-hand evidence, including over 190 oral history interviews, in which individuals born between 1900 and 1930 describedtheir marriages and sexual relationships. By using individual testimony she challenges many of the key conditions that have long been envisaged by demographic and historical scholars as necessary for any significant reduction in average family size to take place. Dr Fisher demonstrates that a massive expansion in birth control took place in a society in which sexual ignorance was widespread; that effective family limitation was achieved without the mass adoption of new contraceptive technologies; that traditional methods, such as withdrawal, abstinence, and abortion were often seen as preferable to modern appliances, such as condoms and caps; that communication between spouses was not key to the systematic adoption of contraception; and, above all, thatwomen were not necessarily the driving force behind the attempt to avoid pregnancy. Women frequently avoided involvement in family planning decisions and practices, whereas the vast majority of men in Britain from the interwar period onward viewed the regular use of birth control as a masculineduty and obligation. By allowing this generation to speak for themselves, Kate Fisher produces a richer understanding of the often startling social attitudes and complex conjugal dynamics that lay behind the vast changes in contraceptive behaviour and family size in the twentieth century.

Forfattere
Bibliotekernes beskrivelse This book uncovers the hidden history of gender relations, sexual attitudes, and contraceptive practices that accompanied the dramatic decline in family size in the twentieth century. Drawing upon vivid oral history accounts, Kate Fisher's ground-breaking analysis places men (rather than their wives) behind the drive for smaller families.PRIZES:Winner of Winner of the Whitfield Book Prize 2007 Awarded the Proxime Accessit for the Longman-History Today Book of the Year Prize 2007 *Choice* Outstanding Academic Book 2007.